The simple pleasure of a Plymouth Gin & Tonic served with fish and chips, added to Plymouth Gin’s maritime heritage made seafood the obvious focus for food pairing recipes. Plymouth Gin’s complex but soft style; citrus and gentle spice makes it a perfect base to work alongside the finest local fish...
View Video
Recipe of the day
@homeofplymouthgin

Call4Fish was born in Plymouth as a response to help people #StayHome and #Call4Fish. Since March its listings have grown and now reach from Berwickshire to Jersey. Simply visit www.call4fish.com to find your route to some of the amazing 100 species of fish and shellfish we have in our waters. You can find your nearest fish shop or click nationwide for all the listings that will deliver via overnight courier. Call4Fish operates as a not-for-profit, to support UK fishermen and the coastal communities they live in.

Celebrated chef, restaurateur and food writer Mark Hix is known for his original take on British gastronomy. Mark is frequently lauded as one of London’s most eminent restaurateurs with an unrivalled knowledge of ingredients with provenance. He is an award-winning author and food writer with 12 cookbooks to his name, the latest of which, Hooked, regales stories of fishing from his childhood through to the present day. A regular contributor to Dorset Magazine, City AM and GQ, Mark was previously the food writer for The Independent on Saturday for 14 years.

Mark received an MBE for his services to hospitality in the New Years’ Honours list 2017. 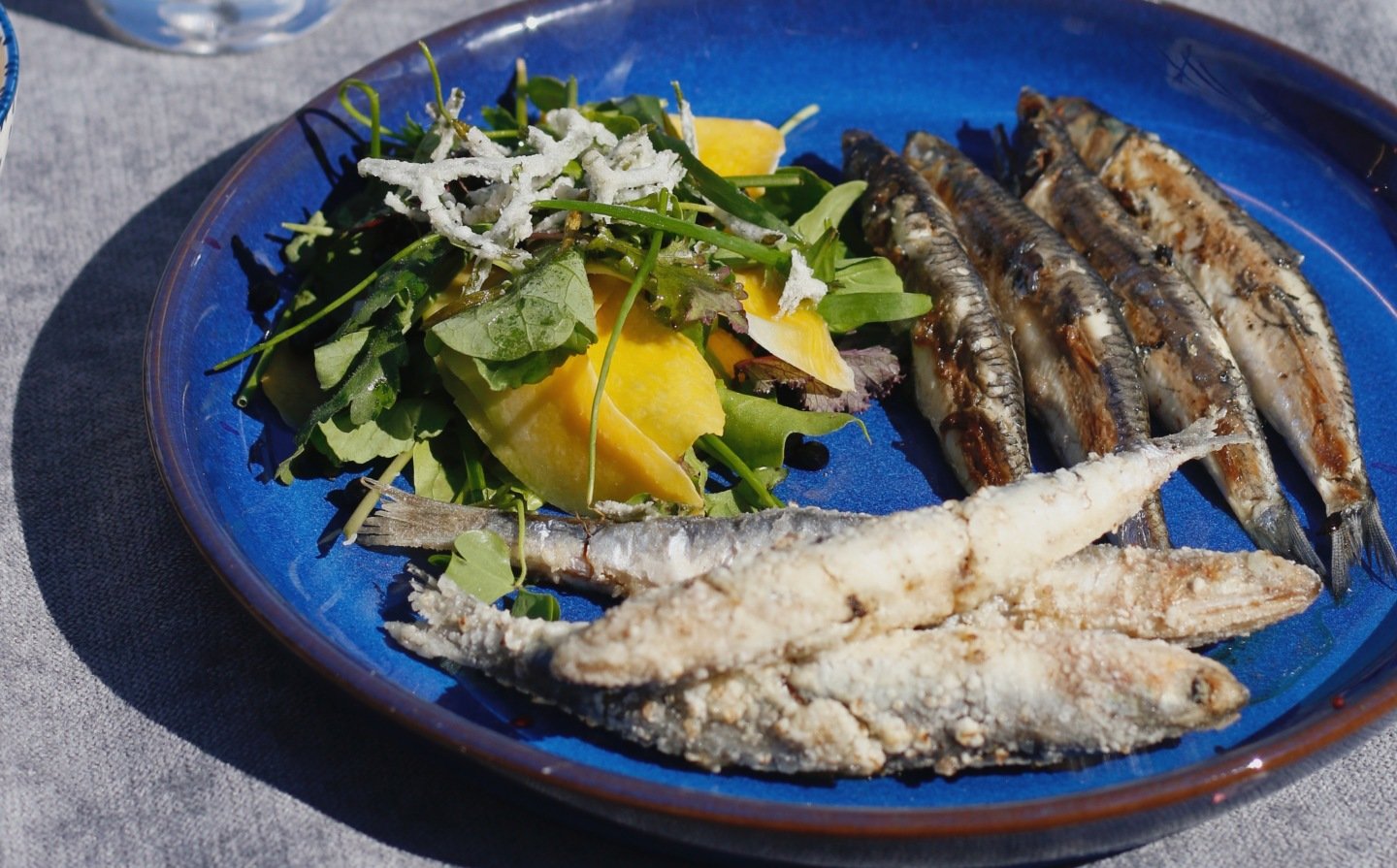 Fresh UK anchovies are a bit of a rarity but I season they are prolific off our coasts and often get sent straight off to France and Spain so we do need to encourage our fishermen to hang on to some of them for us.
DISCOVER NOW 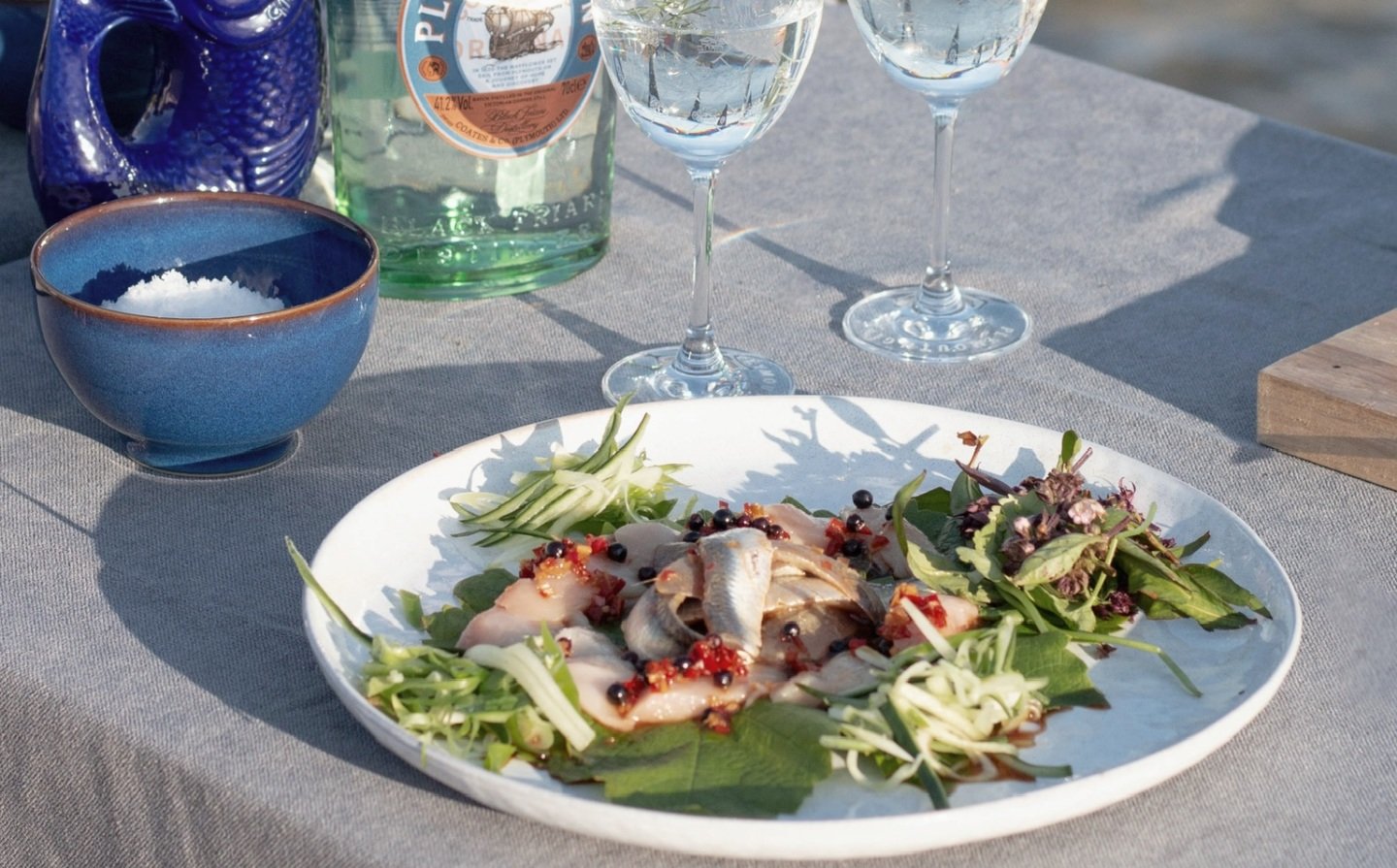 The key to this dish is super fresh fish so take your fishmongers advice or better still catch it yourself. You can serve it with various garnishes like cucumber, spring onion and fragrant herbs but it’s all about the fish.
DISCOVER NOW 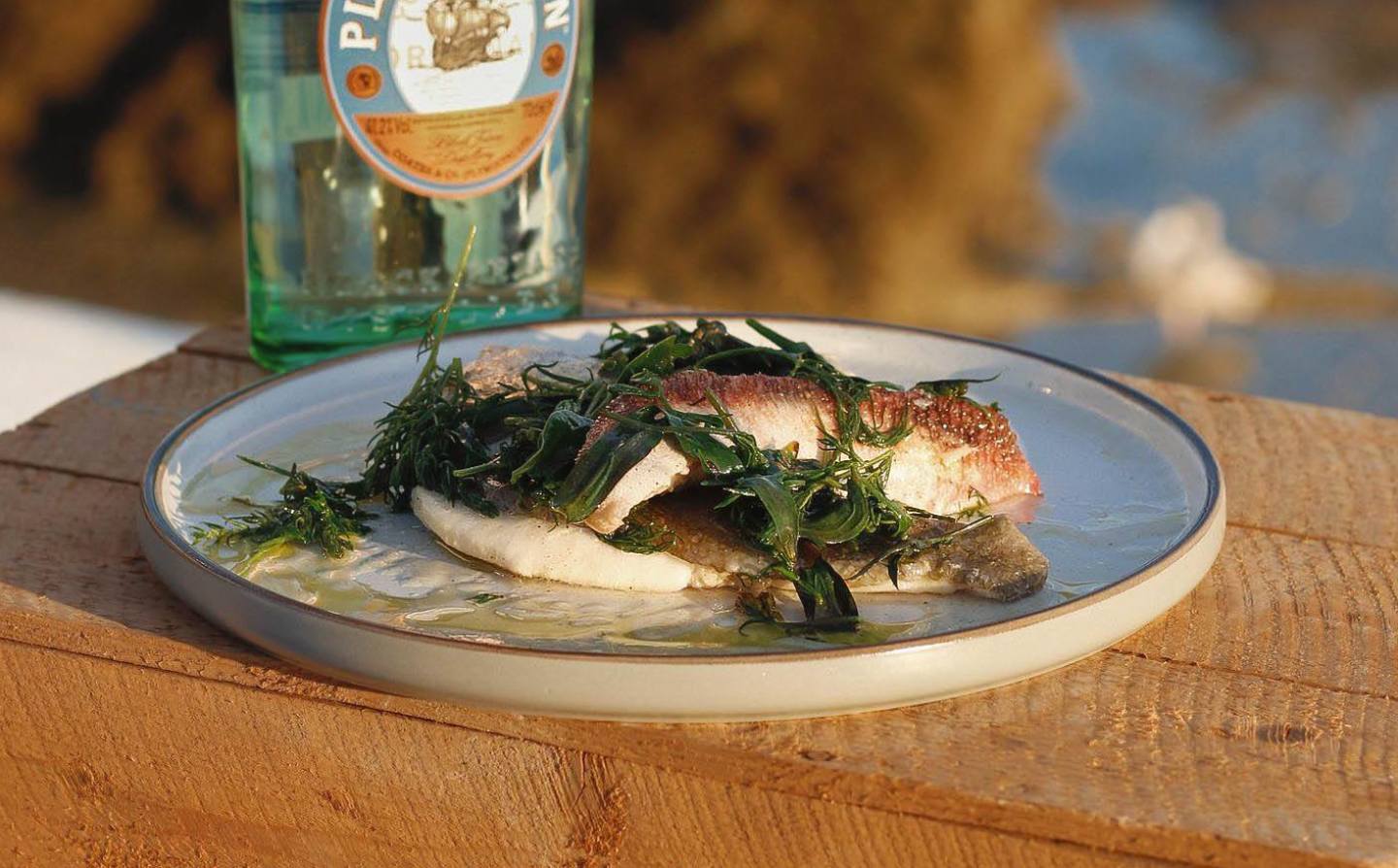 People don’t poach fish these days and it’s a nice clean and easy way to cook fish fillets as people seem to have a phobia about cooking fish. The oil and water solution also create a nice and clean natural liquid to dress the fish with.
DISCOVER NOW 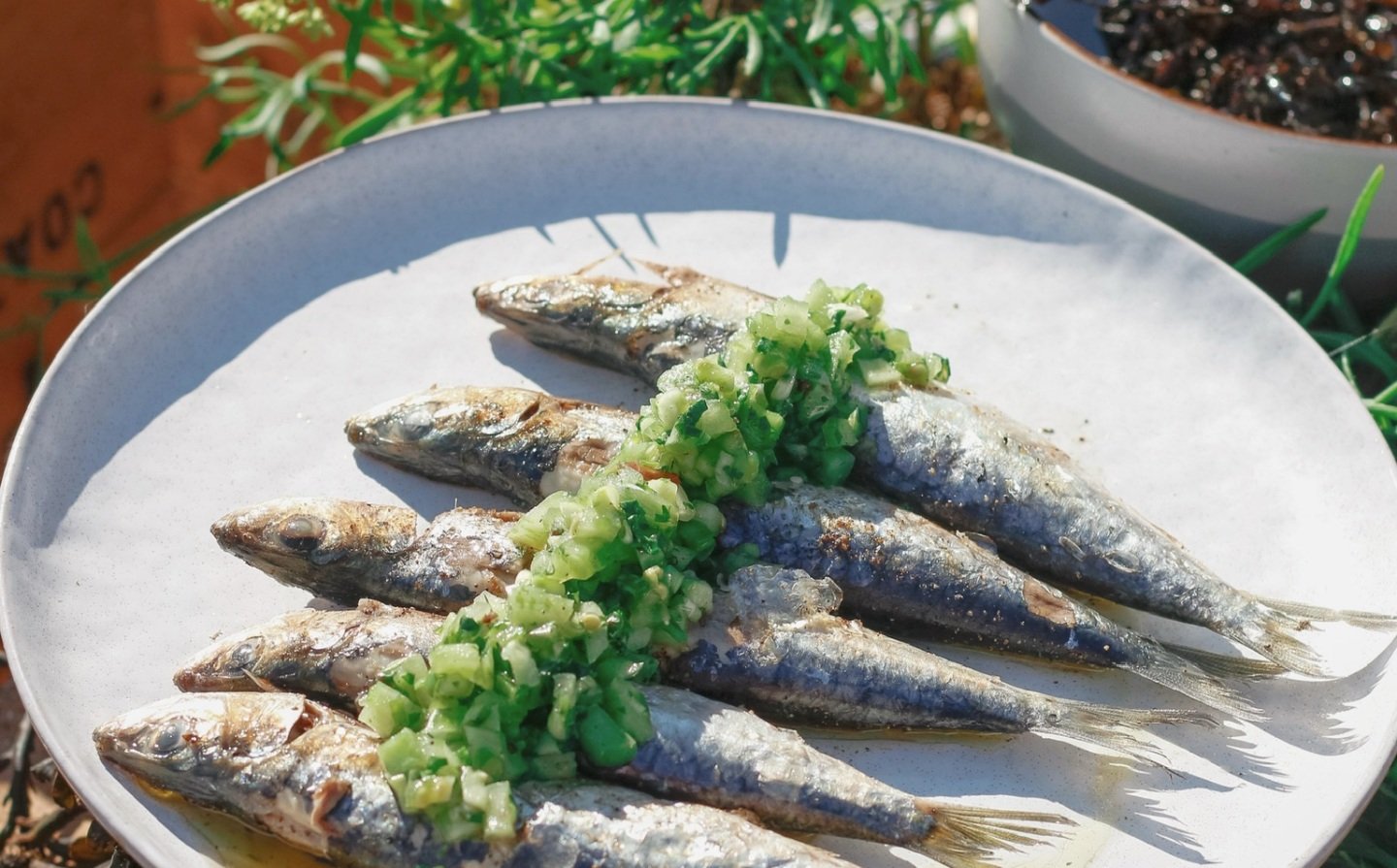 Unripened green tomatoes have a great acidity that works well with oily fish like sardines and they have a nice firm texture that gives a nice crunchy texture. I’ve used bladder wrack seaweed on the open fire here but at home you can simply grill or barbeque them.
DISCOVER NOW